Datalogic celebrated the 15th anniversary of the Moscow office 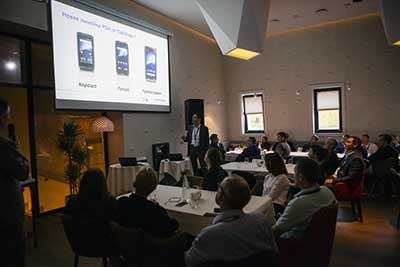 Moscow, 17 October 2019. Datalogic, a global leader in the automatic data capture and process automation markets, celebrated the anniversary of its Moscow office during its traditional partner conference. 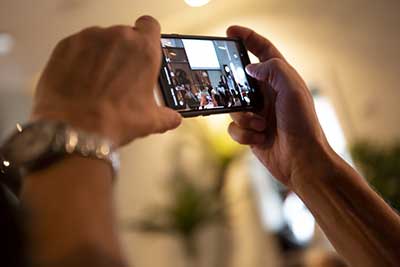 The official opening date of the Moscow Datalogic office is October 19, 2004, the day when Udo Braster, CEO of PSC GmbH, then not a member of the Datalogic group, and Alexey Gizuli, head of the Moscow representative office, officially established a Datalogic branch in Russia.

Over the fifteen years of its activity, the company has grown significantly and expanded its product line, which now includes a variety of equipment - from simple handheld barcode scanners to sophisticated industrial automation and laser marking systems, which makes Datalogic a unique player with the widest product portfolio and solutions in the world of automatic data collection. 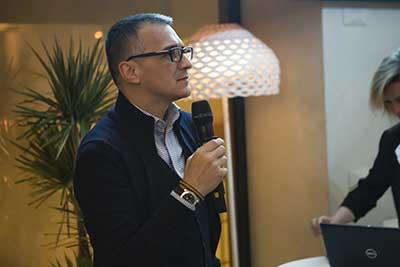 As part of the annual partners conference, Datalogic held a gala dinner dedicated to the 15th anniversary of the representative office, at which the company hosted partners with whom it has been cooperating for many years. Datalogic received numerous official toasts and congratulations from Crystal Service, Service Plus, Mobile Inform Group, RRC and many other companies that enriched the Datalogic gift collection.

Nikolay Gladkov, the owner of the Beer and Mineral Water trade group, was the special guest of the event, who made a presentation on a unified system for marking and tracing goods in Russia; a topic that is especially interesting and relevant today not only for ADC industry players, but also for the companies from a wide variety of fields.

The head of the Moscow representative office Alexey Gizuli thanked the Datalogic partners: “I want to express special gratitude to all partners, without which the growth of our company in Russia would simply be impossible. Of course, the key role in the achievements of our company over the past 15 years has been played by you, our partners and distributors, many of whom have become not only customers, but also friends, and that is why your presence at the event is especially pleasant for us.”

5 votes
How can we help you today?
Let's chat
1