Romano Volta, Founder and Chairman of Datalogic, and Valentina Volta, Chief Executive Officer of Datalogic Industrial Automation division, were both in attendance for the event and were joined by local Councillor Mrs Nicola Linacre, as they cut the ceremonial ribbon in the presence of customers and staff.

“We are thrilled with the new building,” comments Mike Doyle, Datalogic Regional Director for UK and Ireland. “The facilities provide us with a fantastic resource to demonstrate the benefits of our technologies for applications across a wide variety of markets.” In addition to providing new office space for the company’s UK&I sales, marketing and technical teams, the new site boasts a dedicated product showroom and suite of meeting rooms, which are available to partners and customers.

“The opening of this office illustrates our continued ambitious efforts for growth within the region,” states Steve Clapham, Datalogic UK&I Sales Director for Industrial Automation Division. “As a technology leader in data collection and process automation, Datalogic cutting edge technology solutions can maximize productivity for enterprises across the UK and Ireland.”

The decision to invest in a new office building was made in March 2014 and Italian architect Franco Ghedini was appointed by Datalogic to lead the project. In May 2015, work was underway to begin the transformation. Datalogic has been a member of the business community in Redbourn, Hertfordshire since the 1980’s when the company first opened subsidiary offices. The new office building remains on the same site where the company has been established since 1980’s.

Mike Doyle concludes, “We are delighted that so many of our partners and customers could join us for the grand opening. We have received very positive feedback on the building which really demonstrates Datalogic’s continued commitment, focus and investment to the UK&I business. We know that our partners and customers will use and enjoy the benefits of these tremendous facilities for many years to come.” 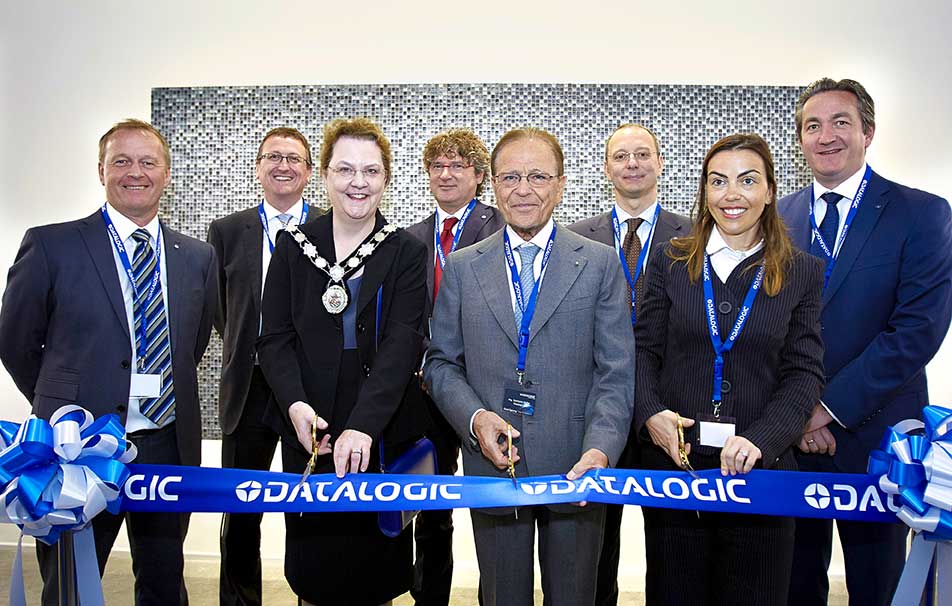