Since its formation in 1982, Gibson Technology (formerly Zytek Engineering) has built up an enviable reputation as one of the best motorsport engineering companies in the world. From its headquarters in Repton, Derbyshire, the company design and manufacture high-performance race engines for various categories of motorsport worldwide. In last year’s prestigious Le Mans 24-hour race, all 20 entrants on the grid for the LMP2 race, were powered by Gibson Technology engines. 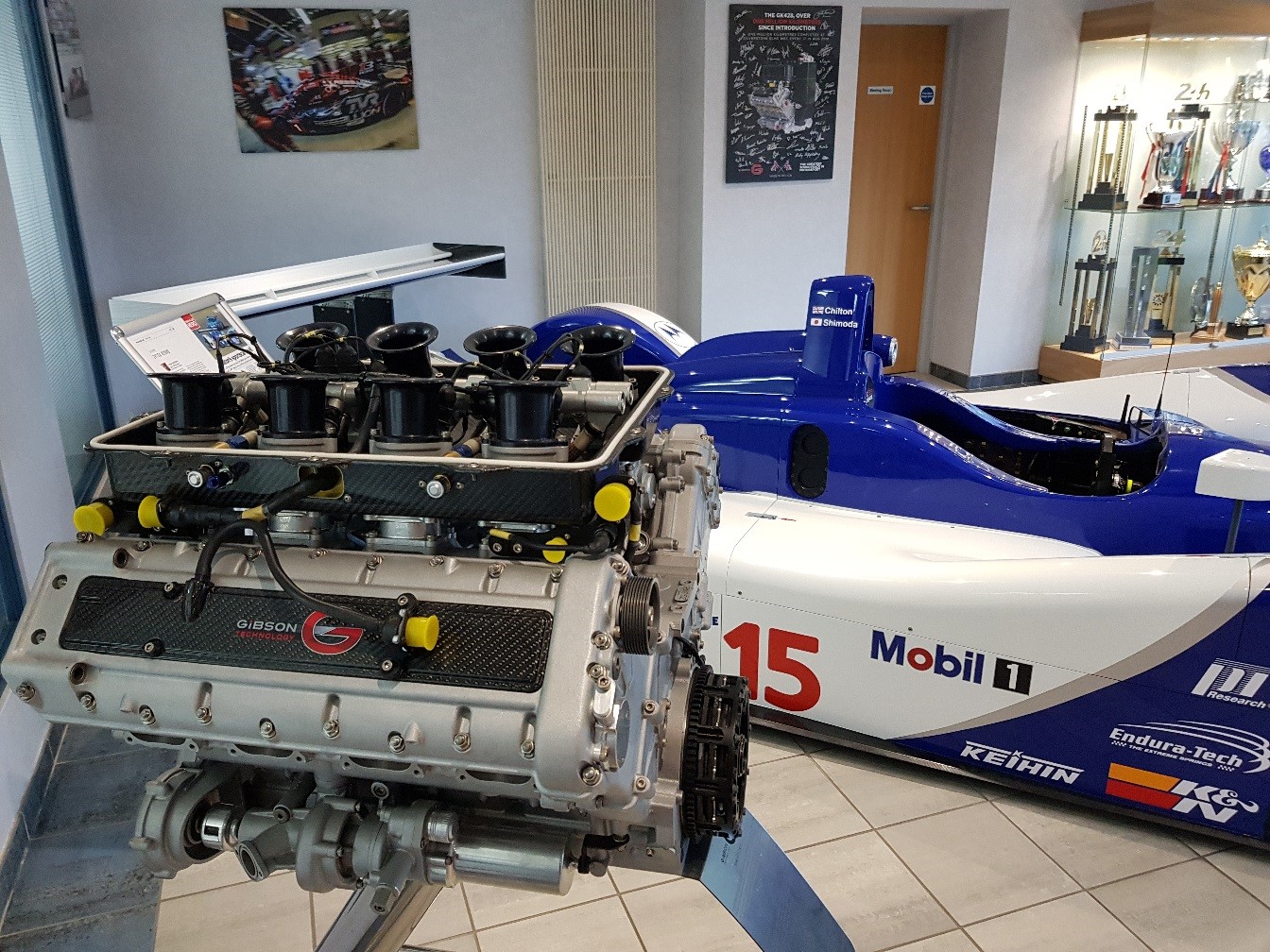 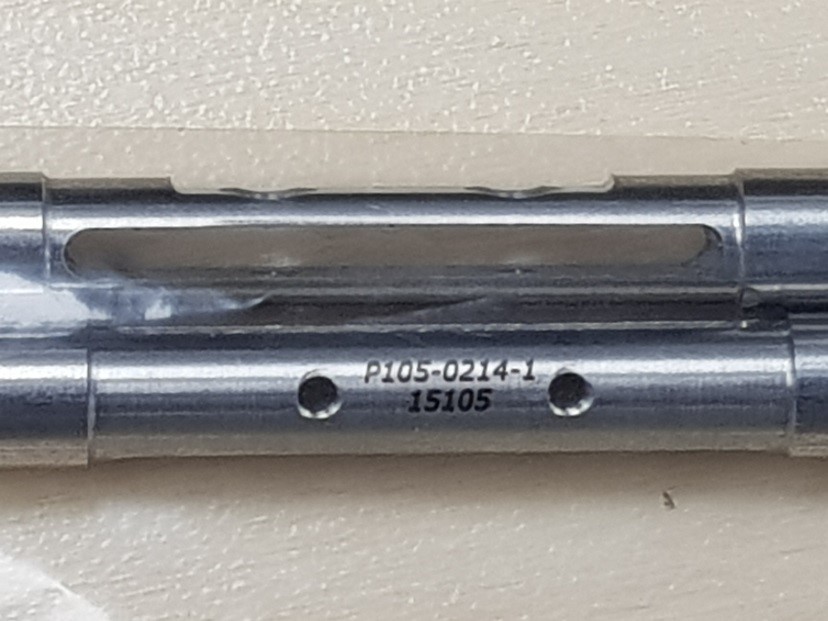 “Performance and reliability are critically important attributes for the type of racing engines that we design and manufacture here at Gibson Technology”, explains Operations Director, John Manchester. “In case there ever is a problem with a component, we need to individually mark each part used in each engine with a unique manufacturing batch number to provide full traceability of when a part was produced, the material specification that was used and the engines that components have been fitted in.” 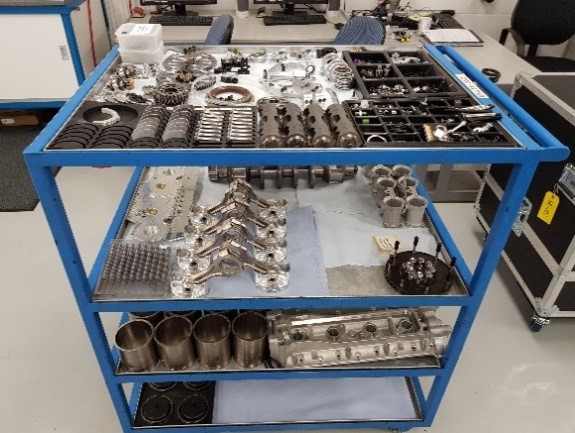 Across the different classes of racing, Gibson Technology manufacture and service around 80 engines per year and every engine is made up of approximately 3,500 parts, each of which needs to be marked. To add more complexity, Gibson Technology needed to be able to mark anything from carbon fiber, titanium and steel, through to aluminum and plastic in a variety of shapes and sizes.

Gibson Technology had previously used dot peen technology to mark parts, however the system proved to be extremely time-consuming and was difficult to use, making the whole process inefficient. In addition, the dot peen marking method was only viable for marking larger components and was not capable of producing an accurate mark on the wide range of materials that Gibson Technology use in their engines.“The consistency and accuracy of the marks across different parts was a very important consideration for us,” states Manchester. “However, the speed and ease of marking was also extremely important to ensure that other areas of the manufacturing process were not delayed.” 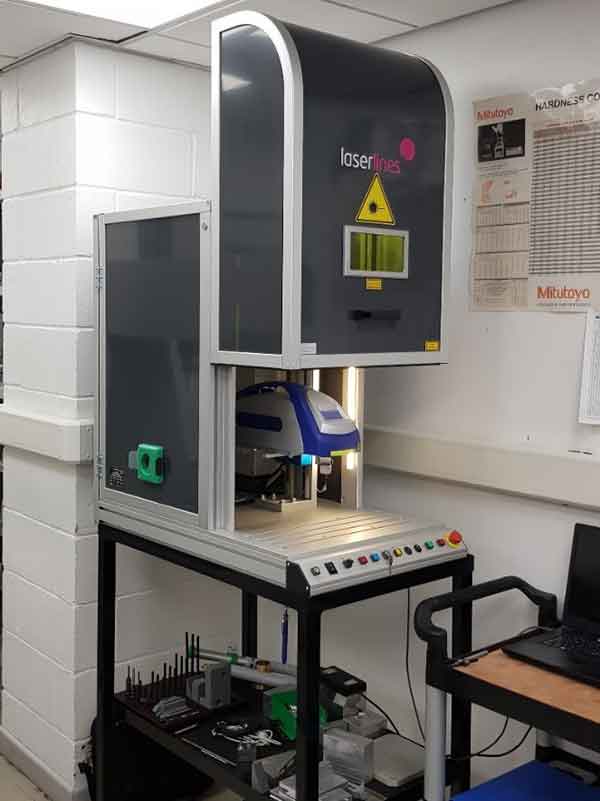 Gibson Technology engaged with specialist laser marking provider Laser Lines to understand more about the different laser marking systems that were available. “To help Gibson Technology feel assured that they were choosing a solution that would best meet their requirements, we arranged an onsite demonstration,” comments Chris Ogden, Industrial & Scientific Laser Division Manager at Laser Lines. “During this consultative meeting, we were able mark a range of different materials for Gibson so they could see the quality and consistency of the marks first-hand and evaluate the ease of use.”

Manchester comments “The Datalogic Ulyx laser marking system came out on top. While there were many different systems out there, the speed and accuracy of the marks produced by the Datalogic system was far superior to the other competitors. We also liked the Datalogic software on the device, which appeared to be intuitive and versatile and made it easy for our operators to get up and running quickly.”

In addition to supplying the laser marker itself, Laser Lines also provided an appropriate sized workstation to Gibson Technology that would enable them to mark both small and large parts and provide the required levels of safety for operators when the machine is in use. Training was also delivered by the Laser Lines engineer on the same day that the system was installed and calibrated to ensure the client was up and running as soon as possible.

“Being able to mark parts in the manner we do now has already had a big impact on our operations,” Manchester surmises. “Reducing the process time from the shop floor through to inspection to actual assembly has been a big advantage to us. It was always really important for us to identify a machine that we knew would be accurate, consistent and reliable and certainly with the Datalogic solution we have met all those requirements.”

Kamran Farooq, UK & Ireland Sales Manager, Manufacturing at Datalogic concludes, “We have worked in partnership with Laser Lines for 20 years and are thrilled to have been involved in delivering this exciting laser marking application for Gibson Technology. With such a diverse range of materials to mark, we are pleased to see the Ulyxe system excelling to provide enhanced traceability for these high-performance engines.”

Gibson Technology is a world leading supplier of expertise in high performance race engines based at a dedicated engineering, product development and manufacturing facility, located in Repton, Derbyshire. As one of the very best motorsport engineering companies across the world Gibson Technology has built up an enviable reputation for the quality and value of its engineering abilities within its motorsport base. This customer satisfaction is evident by the large amount of repeat business that Gibson Technology enjoys.

As a manufacturer of LMP2 engines, Gibson Technology supply all the race teams in the FIA World Endurance Championships, the European Le Mans Series, and the prestigious 24 hours of Le Mans with their GK428 engine, as well as various teams in the IMSA WeatherTech Sportscar Championship. From 2018 Gibson will also be powering the DragonSpeed and Rebellion Racing LMP1 teams in the FIA WEC with their newly developed GL458 engine. This LMP1 contract is a natural progression for Gibson’s highly motivated engineers to prove their reliability and success at the top level of endurance racing.

Laser Lines was founded in 1975 and has grown to become one of the UK’s leading suppliers of lasers and accessories, 3D printers, rapid prototyping systems and vacuum casting systems. Now representing 26 suppliers of proven technology, our experienced and enthusiastic support team offers an end-to-end service which includes training, installation, maintenance and repair services for all of our products. Our customers come from sectors as diverse as university research, automotive production, tooling manufacturing and jewellery design. For more information visit www.laserlines.co.uk

Download the full story
How can we help you today?
Let's chat
1